I’m trying to keep up with my research skills over the summer, so that I can hit the ground running in September.

I feel very enlightened today with what I’ve found out…lots to memorise and learn from. 🙂

Reflection – Heading towards deadlines in Year 1

It’s getting to that time of year again when deadlines are due and assignments need to be handed in.  I’m very lucky that I’m ahead of the game in terms of work done, and work left to do.  At least, I think I am.

I’m also very lucky to have support from my girlfriend, who keeps me topped up with drinks while I’m working.  Without her support over the last few months, I’m not sure I would be quite so organised.  When I say support, I don’t just mean supplying me with copious amounts of coffee.  She’s kept me focused through the year, even given that it’s been a rough year with losing Mum, my bouts of illness, and my self-doubt.

I can’t say thank you enough, for what you have done for me…and you hold a tripod really well! 🙂

I’ve still got quite a bit of work to get done, but with an all-nighter tonight, and then another 8 hours tomorrow before going back on air, I think I should be in a position to start handing assignments in 3 weeks early!

Oh and I’ve got washing, ironing, cleaning and dusting to do….it’s not all rock and roll you know 🙂

Don’s work, can be described as photo-journalism in some of the most hostile and dangerous parts of the world, over the last 60 years, from his National Service in the Suez Crisis, through Vietnam, Northern Ireland, during the troubles, and more recently Syria.

We looked at a video from The Times, which showed Don together with other journalists from the newspaper, looking at the violence and bloodshed in the conflict.  Don is now in his late-70’s, and was still in the firing line, not shirking from the front line.

It takes a tremendous amount of courage and guts to return to somewhere so dangerous at that stage of your life, and the journalists who were there with him, were impressed that he could still do it in his 70’s.  He was not being carried, but held his own, even with the bullets flying around the area.

Don is a widely recognised and respected photo-journalist, and has seen many different scenes and countries over his career. His photos are very well composed, as you would expect, but show a completely different world to London, the place of his birth, and Somerset, where he currently resides.

In his book, Shaped By War, Don reflected on his feelings of guilt about the subjects that he has photographed over his career.  He said: “I feel guilty about the people I photograph….. Why should I be celebrated at the cost of other people’s suffering and lives?”

He is a very talented photographer, but I can’t begin to imagine the things and places he has seen over his career.  I question myself, as to whether I could go to these places and not be affected by the human suffering.

His drive and determination to seek out people and places to demonstrate the difficulties felt by sections of society is why he is regarded as a true genius of his generation.

From all that I have read, McCullin seems like a normal man in his 70’s, but his vision has brought the devastation of sections of society to a wider audience, and his legacy will live on forever in his photographic work.  The subjects are tough and gritty, but McCullin brings a human element to the pain and suffering.

I will be researching more about Don McCullin, including the excellent BBC Imagine documentary with Alan Yentob.  By learning more about people who have blazed a trail in the field, it will help to understand further about what drives someone to go into a war zone, putting their own life at risk to show the suffering of conflicts and wars.

During the semester, working with Illustrator and Photoshop has been a little problematic.  Working with software that is new to me, it took a few weeks to get used to working with a package that didn’t seem to do the things I wanted to, in the way that I thought was the most obvious.

With all that in mind, I was determined not to be beaten by it.  I’m a fairly IT savvy guy, so I delved into books, tutorials, and videos to crack where I was going wrong.

Looking back over my work, I’m fairly happy with what I have created, but of course, there are things that I would redo, given that my skill level is a lot better than the first few weeks of tuition.

The main thing I want to emphasise to others, is don’t be afraid of the software, it’s a very powerful tool, and, used correctly, can be your friend, rather than an enemy.  Reading around the subject is key, and I will take that knowledge forward into the 2nd semester.

I have gone further into this, in this blog post stating that 3 hours a week on Illustrator isn’t enough.

Throughout the assignment, it’s been very useful to go through the brief and experiment with different techniques of photography.

This has allowed me to reflect on the last few weeks, and I am able to look at what went well, and what I would change.

Even though I am relatively inexperienced in using Apple Macs, and have used PC’s for the last 21 years, I found the Macs to be better to work on, and more flexible than the PC versions even though they are the same software.

Throughout the course, I will be producing more video, therefore on reflection, I will be investing in a new laptop and the latest version of Adobe Creatve Cloud.

This will give me the opportunity to learn more about the software and its fullest capability, on a machine that can cope with the hardware demands the software requires.

I will be reading further on Premiere Pro, in terms of Books, Videos and online resources, so that my skill set gained will enable me to transfer my understanding of the software into the wider world of Industry. 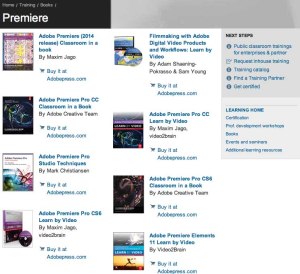 Premiere Pro is something that I have enjoyed using, and I am looking forward to utilising it more throughout the next 3 years.

I would like to revisit this video in a couple of months time, once I have more knowledge and understanding of the software, and compare and contrast the two video outputs.

Reflections – what to ensure is contained with your blog content.

John spoke to the group regarding the content of our blogs, and gave guidance on what to make sure there is within our thoughts and ideas.

Rather than just being a “death by PowerPoint” or just rehashing the content given with the lesson, it is about what we have taken from the session. Reading around the subject is vital and demonstrating our skills in taking the basic knowledge and building on these basic foundations, and getting a wider understanding of the subject matter.

It’s also a case of thinking about how things are relevant to me, both individually, and in the wider context of how it is useful to me going forward as a journalist, in a professional way.

Reflective writing is best done while fresh in the mind, and is more about the analysis of the sessions, and is a very personal thing.  No two reflections will be the same, because the author will use the knowledge imparted, together with the reading around the subject, and also their own thoughts and experiences on a particular subject.

With a description, the interpretation and the outcome, the reflection will be of it’s time, and by going further into the course, the reflection of one week, may in the future change, as the knowledge base is added to.  Reflections can be for looking back as well as looking forward, and can be used as a tool to path out future action plans to enrich the future learning outcomes.

Not all lecturers have requested reflections, but I personally feel that by doing a reflection after each lesson, will enable me to keep track of where we’ve been, and where I will be going in the future.