I’ve got to make sure they record in good quality for my voice portfolio to add to here so that prospective employers can assess what I do.

Oh and before I forget…post number 300!!

I have never been a morning person, so taking on a breakfast show on the radio, raised a few eyebrows amongst my friends, however I wouldn’t change a thing.

Once the adrenaline kicks in at around 10 minutes to 7, it’s the biggest energy rush that you can imagine.  For me, nothing beats the power of live radio, and to be entrusted with the music and chat for waking up the North East of Doncaster is a great privilege.

I hope that my 3 shows a week, are showcasing the different genres of music that are within my range, and hopefully one day, maybe even before graduation, I can get paid for something that I love to do. 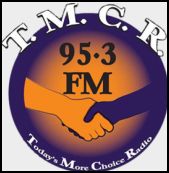 It’s always good to get some experience on a degree course, and I’m very lucky to have my regular shows on TMCR.  Usually I do Sunday mornings between 10 and 12, but as one of the other presenters is a big fan of Chelsea, he’s swapped with me, so that he can watch the game.

On a Sunday, I have a theme on the show, be that “Songs with Run in the Title”, or “Colours”, but at the moment, it’s the A-Z of Music, and this week’s is a tough one with the letter I, as there aren’t that many artists who count in that letter.

It’s great to get hands on with the Myriad playout software, as this is well used within the industry, and nothing beats learning on the job!

If you’re free on Sundays from 10am, Mondays from 4pm, and Tuesdays from 7am, then please tune in at TMCR or via TuneIn.

Thank you in advance.

Using InDesign, I have got a feel for “assembling the jigsaw” that a booklet is.  Putting the text and images together, along with manipulation in Photoshop is relatively straight forward, but until the booklet is physically in my hand, I wasn’t entirely sure about the booklet.  When printed out, it is easier to see if the finished product is one that gives credibility to the project.

By printing the booklet out, I can see that the basics are there, and also where there is room for improvement.

I have still to add some of the required elements for the assignment brief, but this gives me something that I can refer to as I move towards the final deadline.

The eight page booklet that is to be designed and created is starting to take shape.  As the image shows, I have chosen a six column grid for the booklet, and started to piece together the pieces of the jigsaw that make up a completed booklet.

I am hoping to print out a smaller version of the booklet, possibly A5, rather than the full size one, so that I can see how things look physically.  The advantage with that for me is that I can use something tangible in a different way than just scrolling up and down InDesign, as things could get missed.

Written annotations can help to formalise ideas so that changes can be made before the assignment booklet is finally handed in.

I have used the manipulated photographs, together with a combination of text boxes, tables, and logos to create a booklet that can be used by the radio station to publicise what they can offer, and build on their reputation with advertisers and the listening public.

Having decided on my idea for the booklet, I feel that I needed to get some ideas down on paper to visualise some ideas, and have something to work with.

The booklet will look very similar to the image below, but allows me to pin the image on the board to refer to whilst working within InDesign.

By keeping an electronic copy of the storyboard, I can print this out and make adjustments, and then refer to the process. I have edited this post, to show some of the comments and alterations I have made once i’ve started to create the document.

Keeping these storyboards, will help me to keep on top of the design prior to handing in the assignment.

For my Creative Futures – Graphic Design assignment, I’ve been asked to design a booklet, with a minimum of 8 pages, containing a minimum of 500 words of text, images, graphics, and using the skills of typography that I have looked at over the last semester.

With that in mind, I have to select a subject that is either featured within current affairs, or something that I am passionate about, or of course, a combination of the two.

So the subjects I have chosen to research are:

These subjects are things that I am very passionate about, and hopefully that will come through in the work I will be producing.

TMCR started as a small, temporary radio station running a Restricted Service Licence in 2005, and was granted a full radio licence by OFCOM late in 2007.  The full time radio station launched from The Winning Post, in Moorends, on 14 December 2009, at 9.53am, a reflection of the OFCOM allocated broadcast frequency of 95.3FM.

In November 2014, TMCR relocated to larger premises in Thorne, within the Bridge Centre, and relaunched on 1 November, again at 9.53am.

TMCR broadcasts within a geographical area of the North East of Doncaster that includes Thorne, Moorends, Hatfield and Stainforth, but is also available around the world via simulcast web streaming via proprietary radio applications, or via the TMCR website, http://www.tmcrfm.org.

TMCR is run by a dedicated team of volunteers, who enjoy sharing music with the audience without the big ego mentality.  The presenters provide live broadcasting for 12 hours a day, with a mix of various types of music, including pop, easy listening, country, rock and folk music.

TMCR is proud to be a part of the community which it serves, with it’s main studio located on Bridge Street in Thorne town centre.  It has an open door policy, where people can drop in to see the presenters broadcasting live throughout the day.

I’ve had some initial thoughts for the booklet, and who it’s going to be aimed at, and what it’s purpose will be.

The radio station is always looking to widen it’s audience and appeal, and as it’s a voluntary station, they are always looking out for businesses to advertise, and sponsors to support them.

Using the booklet to get the profile raised will help in all of those efforts, so I would like to ensure that it can be used to give to businesses looking for advertise, and also to individuals who would like to learn more about the radio station.

It will be a booklet that needs to tick many boxes, but I’m confident that I can get all of the elements in that I require, and would like to put forward for the radio station.

It has been a very busy month at TMCR, with the move to larger premises, and getting used to the new surroundings.  During the reading week, it was a very busy week for all the volunteers at the station, with the finishing touches being made after walls knocked out and rebuilt, windows installed, and mixing desks, CD players, speakers and cameras installed. 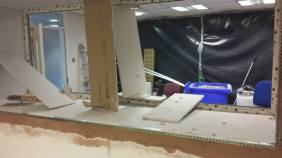 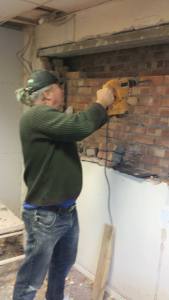 The radio station relaunched on the 1st of November, at 9.53am, the same time as the FM frequency, and also the same time that the first ever broadcast was made in 2009.

The youngest presenter, Ryan Keeling, had the great honour of playing the first track from the new studios, and selected John Miles – Music as the first song.  For someone so young, it was a great selection, and he will go on to great things within the industry, I have no doubt.

After the move, it was a luxury to have a studio where we actually had space, and the biggest luxury, windows!  Windows to see what was going outside, and a massive 8ft wide window between the studio and the back office.  So it didn’t feel like we were broadcasting from a box room somewhere, it actually felt like community radio was actually part of the community.

The schedule continued as per the old studio, so my shows continued a plenty, with Sunday, Monday, and Tuesday, and supporting Maria on her Wednesday Breakfast show, which she had taken on after I started University.  As I’m usually on the way to classes by that time, the support is usually via Social Media, and Texts, but I’m happy that we’ve kept the show within the family, and I can be the tea boy during holidays!

During November, things were getting festive throughout the community, and the station was invited to provide the music at the Thorne Christmas Lights Switch On.   It was a great experience to be out and about with the community, and spread the word of the station, and also my shows.  A bit of self-promotion never did any harm!